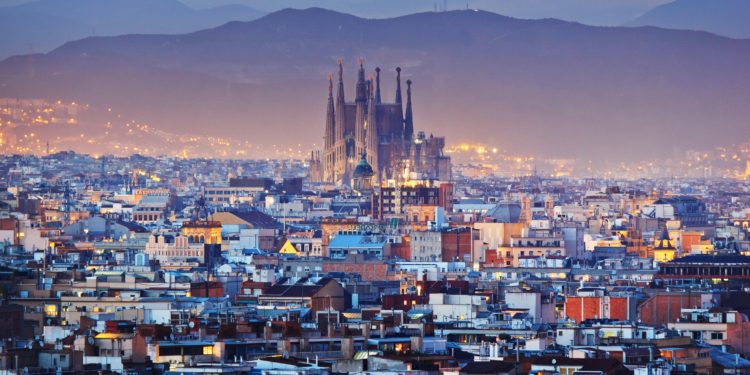 This is everything you need to know before you travel to Spain’s most-visited city, Barcelona

Barcelona is the cosmopolitan capital of Spain’s Catalonia region. This enchanting seaside city is most famous for its energetic art scene, the iconic architecture, and the fantastical Sagrada Familia church amongst other modernist landmarks designed by Antoni Gaudí.

How to get to Barcelona from Dubai

The city’s origins are Roman, and its long history and economic dynamism have made Barcelona a cultural city

How to apply for Spain’s Tourism Visa

Spain comes under the Schengen zone.

If you don’t have a Schengen visa and/or your passport does not qualify for visa on arrival, you have to apply for the Spanish visa. The agency accepts applications 90 days prior to the travel date.

The processing period for the visa is 3 weeks (21 calendar days).

For more information on how to apply, click here.

From a tourist’s perspective, Passeig de Gràcia is the best area to stay in.

Advantages:
(+) ranks highest in safety
(+) one of the major avenues in Barcelona
(+) most important shopping and business area

Disadvantage:
(-) most expensive street in Barcelona and Spain

Where we stayed
As we were a group of 7, we opted to stay in a serviced apartment as it was more feasible in comparison to a hotel stay.

Habitat Apartments Lauria (5 mins/400m walk from Passeig de Gràcia)
Location: Carrer de Roger de Llúria, 40, 08009 Barcelona, Spain
Nights stayed: 4
Avg. price per night for each guest: €30/AED130
What I liked about this accommodation: location
What I did not like about this accommodation: infrequent turndown service
Travel tip: Booking directly from their website is cheaper than booking via Booking.com

The best way to get from the international airport to central Barcelona is by using the official city taxis available at the exit.

The best way to navigate Barcelona is by:

Top 9 things to do in Barcelona

1. Immerse yourself in Gaudí’s architecture

Gaudí’s work is admired by architects around the world as being one of the most unique and distinctive architectural styles. His work has greatly influenced the face of Barcelona architecture and you will see stunning examples of Gaudí’s work all around the city center.

2. Visit the home stadium of the world’s fourth most valuable sports team

Lionel Messi takes a corner at the Camp Nou

Worth $3.56 billion as of 2017, FC Barcelona is a professional football club based in Barcelona.

Enjoy the excitement of discovering the different spaces in the Camp Nou and the Museum, which reveals the effort, respect, ambition, team-work, and humility that has been displayed by Barça footballers.

3. Find the taste of Spain in tapas and paellas

Tapas are snacks, canapés, or small plates that originated in Spain.

Tapas are served day in and day out in bars and cafés, and these are the ones you must try:

The best paella in Barcelona at El Nacional

On the other hand, Paella is a hearty Spanish rice dish that hails from the Valencian region of Spain. Cooked in a large shallow pan, it consists of saffron-scented rice cooked with some sort of protein, beans, and a mix of aromatic spices.
Best paella: La Llotja, El Nacional

4. Experience a party storm in the liveliest nightclubs of the world

If you’re looking for Barcelona’s rich & famous, then check out Bling Bling

Barcelona is one of the party capitals of the globe, so be prepared to party the night away from dusk to dawn!

Here are some tips before you plan a night out:

5. Sing and dance at a Flamenco show

Explore the essence of this soulful dance from southern Spain

The city’s flamenco scene is booming. Barcelona is full of bars, restaurants, tablaos, dance schools and every kind of event at which flamenco takes centre stage.

Prepare to be thoroughly entertained as you enjoy a thrilling dance performance  accompanied by live musicians and cantaores (singers).

6. Brunch at a food market

La Boqueria is the most famous food market in the city

Food is an integral part of Catalan culture and Barcelona is the perfect example of this, with its 39 food markets spread throughout the city.

Recommended market: La Boquería in La Rambla
What to have: I enjoyed the fresh juices and fruits selection
Tip: Chok – The Chocolate Kitchen is just around the corner

7. Shop till you drop

Multi-floored Zara shops are a common sight in Barcelona

Spanish brands such as Mango, Zara, Bershka, and Massimo Dutti are so much cheaper in Spain, so make sure to travel with empty suitcases!

Tip: If you spend more than €90 in any store, you qualify for 10% VAT refund at the airport

8. Go on a wine-and-cheese tasting tour

This can be you!

Sip a selection of fine wines from Spain’s Catalan region on a wine-tasting tour.

If you book a tour, you can sample hand-picked wines paired with light Spanish tapas under the guidance of an expert sommelier.

9. Dine at the finest restaurants in Europe

Feroz is one of the city’s trendiest spots right now

Barcelona’s restaurant scene is lit up by a constellation of Michelin stars. The range of restaurants boasted by the Catalan capital is simply incredible, with something to suit everyone.