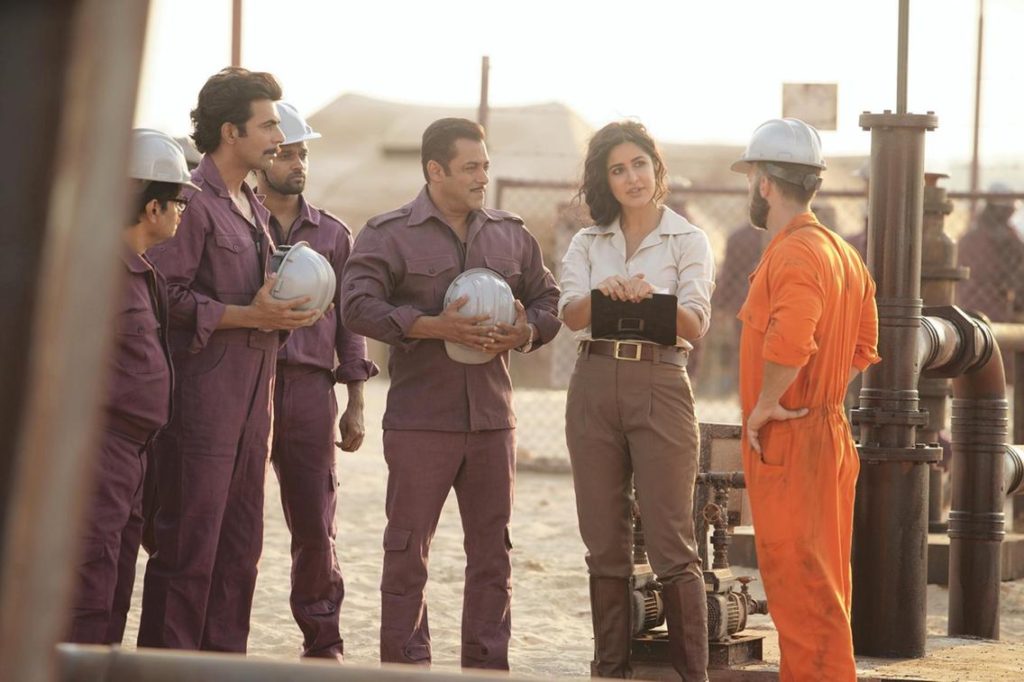 Bharat is the parallel journey of a man and his country

Bharat has the potential to be an Eid blockbuster

After delivering two back-to-back duds for Eid (Tubelight, Race 3), Salman Khan marks his return at the box office with the official adaptation of the South Korean drama Ode to my Father. The film is a journey from 1947 until 2010, taking us through the highs and lows of Bharat’s (Salman Khan) life whilst drawing parallels to the iconic moments of Indian history.

The story begins in 1947 when young Bharat is separated from his father (Jackie Shroff) and sister Gudiya during the Indo-Pak partition. While he and his mother make it safely to his aunt’s shop in New Delhi, there is no news of the family he left behind in Pakistan. This means that it is now Bharat’s responsibility to look after the remaining family and hope for a reunion someday.

We then follow the steps of a grown-up Bharat and his best friend Vilayati (Sunil Grover) who travel the world doing odd jobs and make sure they are having fun while they’re at it. Many of these scenes are entertaining and the duo surely gets the comic timing right. At one point they are digging for oil in the Middle East when Bharat falls in love with his manager, the feisty “Madam-Sir” (Katrina Kaif), who he shares solid chemistry with. Salman and Katrina’s pairing is so strong this time that it’s hard to imagine Priyanka Chopra ever being considered to play this part.

What makes Bharat special are the moments that tug your heartstrings, although it gets borderline manipulative after a point. Another aspect that will be spoken highly about is the friendship shared between Bharat and Vilayati, who are probably the best duo we’ve seen since Sanju and Kamli (Sanju, 2018). The songs (Slow Motion, Chashni) add to the fun of the film, although the second half almost turns into a musical with way too many song-and-dance sequences.

Bharat isn’t a perfect film – there are a few places where the film falters and how. Salman Khan’s body doesn’t change an inch through the years – the only thing that is changing is his beard and hair color. Compared to Ranbir Kapoor’s transformations in Sanju, this attempt is lazy and outdated. Some of the gags are lame and fall flat, and the film could have been edited better in the second half.

Overall, Bharat plays it safe and tries to attempt the Bajrangi Bhaijaan route by delivering a clean, highly emotional family drama. It’s a good watch this Eid but only if you promise not to overthink it!

Bharat is currently playing in cinemas across UAE.