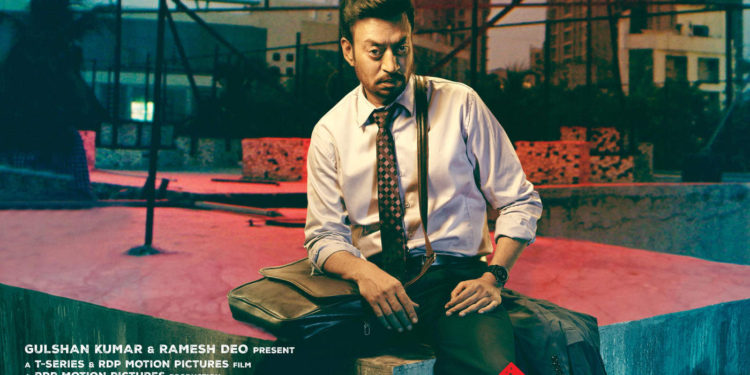 So what do you do when you find out about your wife’s extra-marital affair? You mask your identity and extort money out of them, of course.

Dev (Irrfan Khan) is a toilet paper salesman living a dull, monotonous life. One evening he decides to surprise his wife Reena (Kirti Kulhari) by coming home early from work with a bunch of roses, only to discover her secret involvement with her ex-partner Ranjit (Arunoday Singh).

What might have been a one-time extorting opportunity for Dev to make a quick buck eventually evolves into becoming a fully-blown blackmailing racket with a trail of screwballs adding onto this entire scandal.

In a film such as Blackmail, the success of the show depends upon the shoulders of the actors. What makes this film work are the stellar performances delivered by the entire cast, along with a strong script and well thought-out characters that keep you engaged till the very end.

Irrfan Khan delivers a first-rate performance as a poker-faced blackmailer hiding behind an average office guy. Divya Dutta as Ranjit’s drunken wife is probably a character never seen on celluloid before. Urmila Matonkar’s tepid special appearance in an item song had scope and could have been so much more.

What hurts Blackmail is the length of the reel. The second-half narrative felt stretched and reduced the overall impact of the plot. Had they trimmed off the excess, this would have probably been one of the highest-rated films of the year.

Blackmail is currently playing in VOX Cinemas across UAE. You can book your tickets by clicking here.