Hichki Movie Review: Too many hiccups along the way 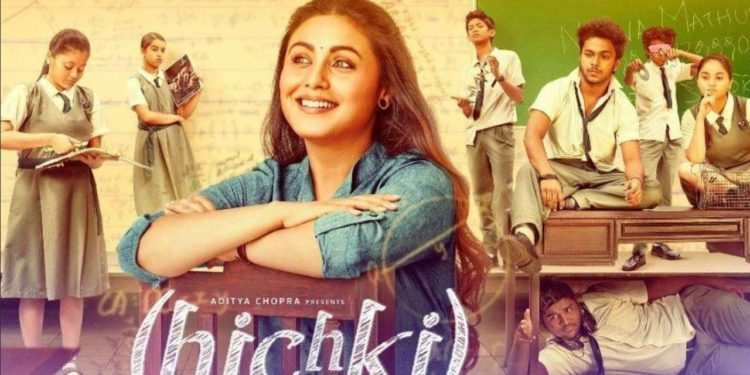 When a reputable member of the film fraternity announces her comeback, expectations are naturally set high. With films such as Black and Veer Zaara in her filmography, it is unfortunate that a skilled actor such as Rani Mukherji settles for a half baked film Hichki to return to Indian cinema.

Hichki explores the life and hurdles that Naina Mathur (Rani Mukherji), a teacher suffering from a neurological disorder Tourette Syndrome faces as she tries to salvage the lives of Class 9F. These kids, also known as municipality garbage by other students and faculty members of St. Notker’s School, are a notorious, rowdy, and obnoxious group of teenagers who have a reputation of chasing away 7 teachers in the past 8 months.

Once Naina secures herself a teaching job after 18 unsuccessful interviews, her only purpose in life is to help these ostracised students gel with the school’s existing society. As the story unravels, there is friction between the affluent 9A kids versus the impoverish 9F, between Naina and the school’s faculty members, and quite predictably, between Naina and her unforgiving students who are constantly mocking her disability.

Penned and directed by Sidharth Malhotra, the narrative tries very hard to create situations that will stir emotions, but unfortunately falls flat. The subplot between Naina and her father simply does not make any sense and could have been developed further. There is a severe casting problem as it is too difficult to digest that real life couple Sachin and Supriya Pilgaonkar are playing Naina’s parents. In fact, all 3 of them look the same age! Even the last minute twists seemed unnecessary and did not rescue the drowning plot in any way.

Overall, Hichki might have been made with pure intentions but it fails miserably in execution.

Hichki is currently playing in VOX Cinemas across UAE. You can book your tickets by clicking here.