Today I met the team of Jab Harry Met Sejal at an exclusive media press conference! Details below…

Bollywood superstar Shah Rukh Khan & Anushka Sharma were at VOX Cinemas, Deira City Center on Saturday, July 29 for a public appearance followed by an exclusive press conference held at inside one of the region’s biggest cinema hall.

They spent the entire day in Dubai promoting their upcoming film, Jab Harry Met Sejal, releasing on August 3 in all cinemas across UAE. 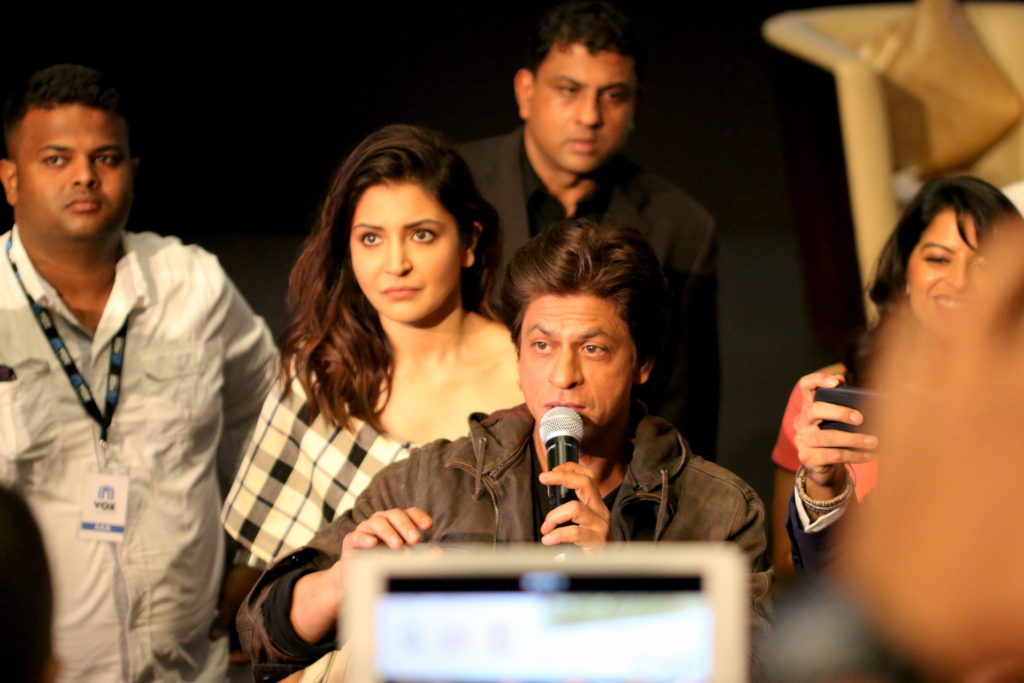 How did I get invited? This invitation was sent to me by VOX Cinemas to attend this exclusive media press conference.

What happened inside the theater? In the company of Shah Rukh Khan, Anushka Sharma, and various prestigious media representatives, we saw a short preview of the film followed by a Q&A session with the stars.

How often do such press conferences take place? There’s no such way to tell, but most of the big-budget Bollywood films promote their films in Dubai. A few days before the film’s release, a press conference is held for the media.

Is there any way to purchase tickets to attend a press conference? Most often, the answer is no. These events have extremely limited guests invited, however, sometimes they give away free tickets on the radio.

Am I allowed to click photos/selfies with the stars? No.

Jab Harry Met Sejal will release in UAE on Thursday, August 3, 2017.
Tickets are available for sale on www.voxcinemas.com
For more exclusive coverage, add me on Snapchat – lavina1337

The essential travel guide to London // ...