Kalank Movie Review – Too many cooks spoil the broth? 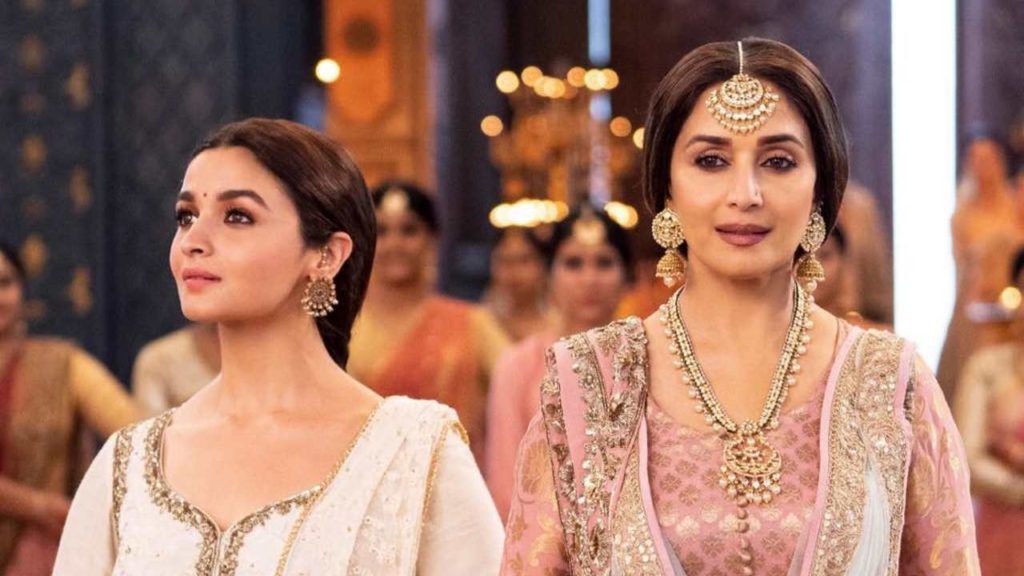 Alia Bhatt plays the role of Roop, a newly-wed who decides to learn music from the town’s most popular courtesan, Bahaar Begum (Madhuri Dixit)

One can only imagine how expensive and laborious the production of Kalank must have been. We are in 2019 – a time in Bollywood where six A-listers coming together for one quality project doesn’t happen anymore. Let’s also not forget that some of the most powerful names in the industry are backing this project, both in front of the camera and behind it. Yet, it is shocking that nobody was able to call out on the biggest flaw of the film – the script.

Kalank is set in 1944 in the small town of Husnabad, where an affluent Chaudhary family runs an infamous printing press. It all begins when Satya Chaudhary (Sonakshi Sinha) learns about her terminal illness and realizes that her husband, Dev, (Aditya Roy Kapoor) will be widowed and lonely at a very young age. To keep him company after she’s gone, Satya decides to introduce Roop (Alia Bhatt) in his life. To keep herself busy in Husnabad, Roop starts her training in music from the town’s most popular courtesan, Bahaar Begum (Madhuri Dixit).

It takes one tedious hour to build up characters and establish relationships in the Kalank universe. Once this is laid out, it becomes very easy to predict the big twist in the tale even before the interval point.

There is no denying that like every Dharma Productions film, Kalank is a visual spectacle in terms of casting, sets, and costumes. Some of the songs are First Class, especially the Kalank title track that often plays in the background through the narrative. However, these things are secondary and have almost never topped the importance of an engaging script.

The biggest issue with Kalank is how dragged and predictable it is. Standing at 180 minutes. there will be many times of restlessness and impatience during the film – so before you enter the cinema, make sure your mobile phone batteries and popcorn tubs are full. The VFX in the bull scene was so bad that it was embarrassing to watch.

I recently read that the makers of the film came up with the script of Kalank more than 15 years ago. Maybe that’s where they should have left it.

Kalank is currently playing in cinemas across UAE.

11 non-cliché dining options to visit this ...