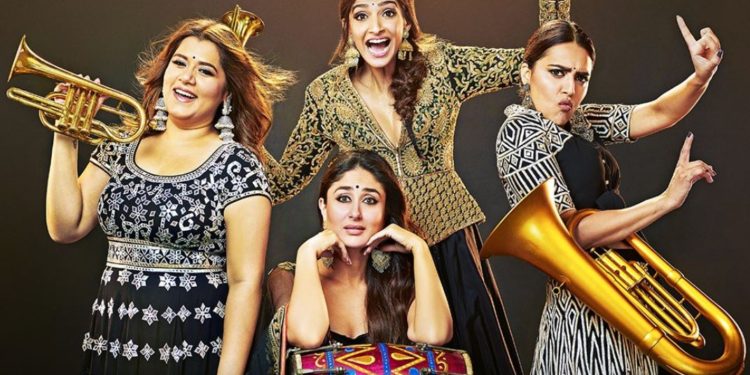 Veere Di Wedding is a brave attempt but has its shortcomings

When it comes to their relationship status, all the Veeres are on different life paths – Avni (Sonam Kapoor) is 30 and desperate to get married, Meera (Shikha Talsania) eloped to marry a foreigner, and Sakshi’s (Swara Bhaskar) marriage is on the verge of a divorce.

Despite these discrepancies, the bond of friendship ties them together and takes them through their life’s respective challenges with each other to fall back on.

What’s fresh about Veere Di Wedding is that it manages to bring a copious amount of taboo topics to mainstream cinema without being vile – something that has not been done in Bollywood since Dostana (2008).

Yet, a bold and courageous film such as this one still fails to hold your attention – mainly due to uneven writing and several miscasts in the narrative.

When a film has multiple plot strands to combine many stories into one, a crisp script and a strong support cast is crucial. Strong talent such as Neena Gupta is dumbed down to a special appearance, and a boring family feud between Kalindi and her father is given much more heed than it deserves.

As a result, none of this comes together as smoothly as it seems in the trailers, and neither is it as racy as one would imagine.

Although the makers have been shying away from labeling this film as a chick flick, it is what it is. This film will mostly appeal to young urban women in metropolitan cities who can actually relate to these hilarious situations and references.

Perhaps, it can still be an enjoyable watch if you manage your expectations before stepping into the cinema – don’t expect a perfect film, but a real one.

Veere Di Wedding is currently playing in VOX Cinemas across UAE. You can book your tickets by clicking here.

How to play music videos in your ...